What happens when we run singular value decomposition (SVD) on images? In this post I’ll show how to do SVD on images with python and some of the interesting visual effects that result. 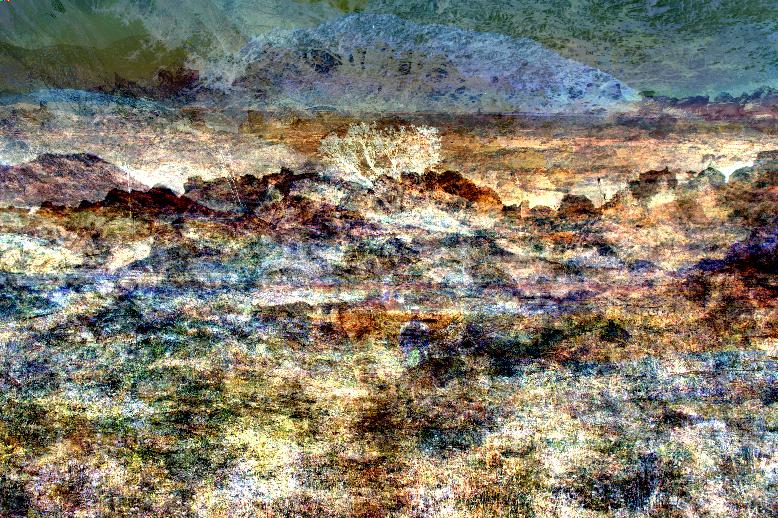 Eigenfaces are visualisations of the eigenvectors of the covariance matrix that you get when you stack vectors representing faces together. They come up in the field of automatic image and face recognition. 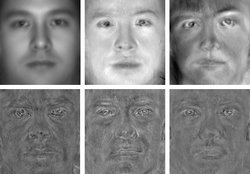 Klara-Marie den Heijer and I wondered what would happen when you applied the same transform to landscape photographs.

The first test was to take a bunch of hiking photos, flatten them, and visualise the components.

The resulting image (shown below) reminds me a lot of some of Ydi Coetsee’s work. 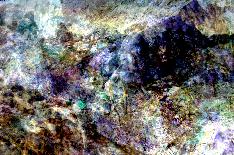 Here is my favourite painting by Ydi: 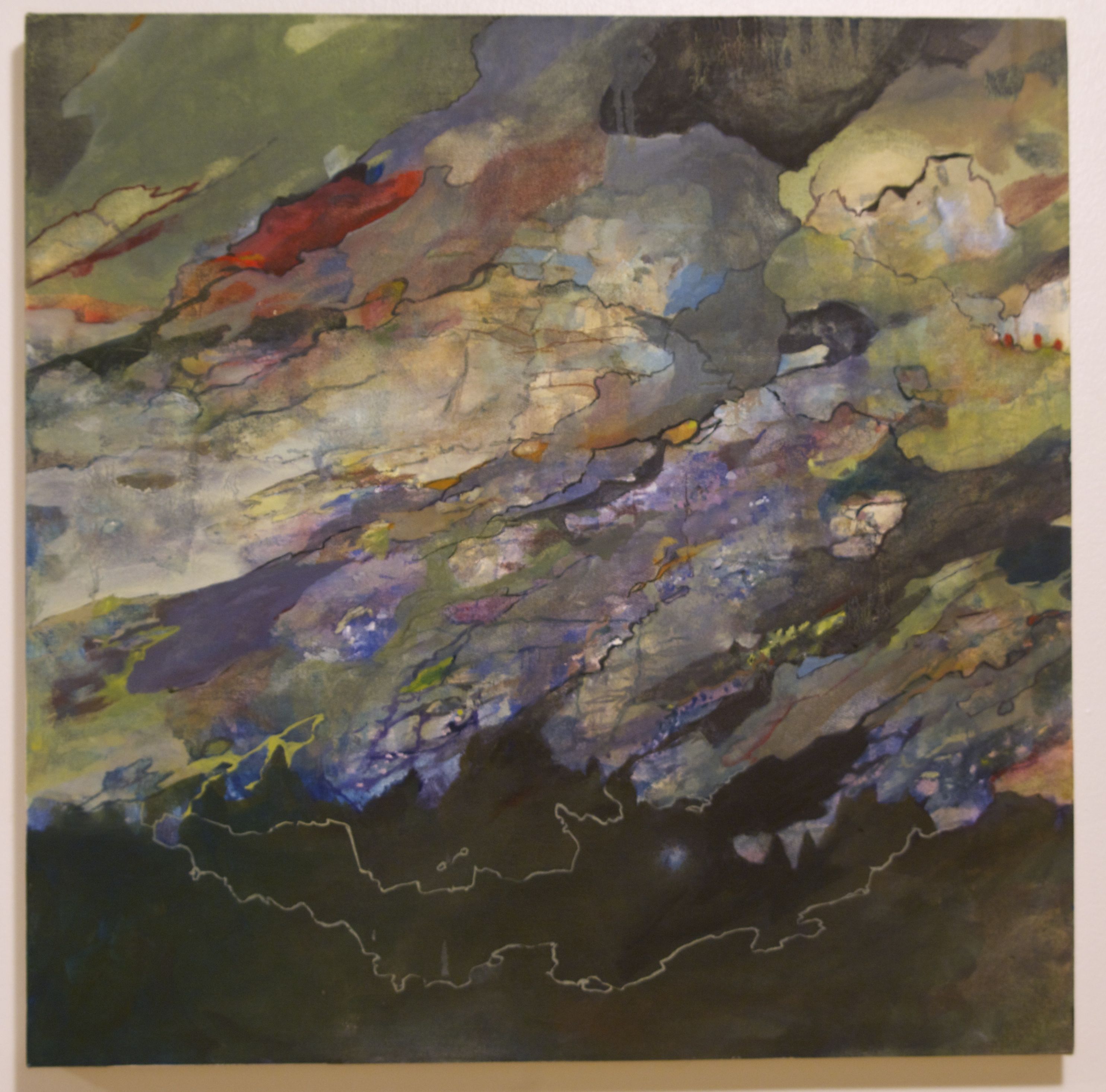 Taking about 20 of Klara’s landscape photographs:

and pushing them through the algorithm gives some fascinating results: 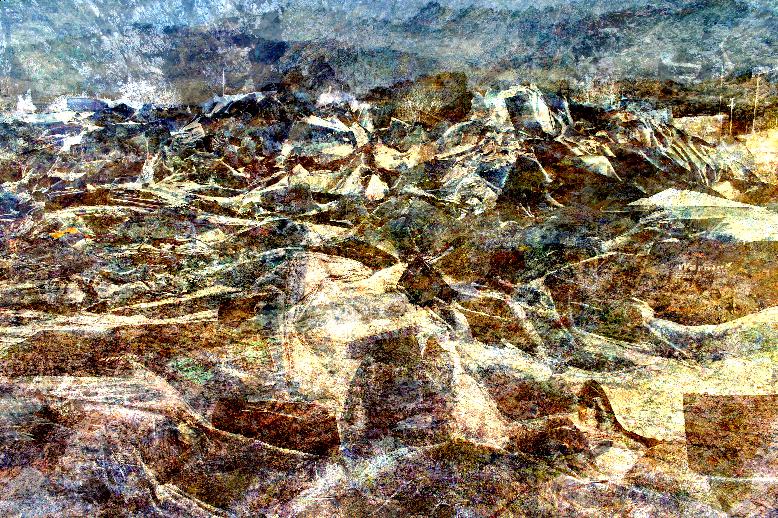 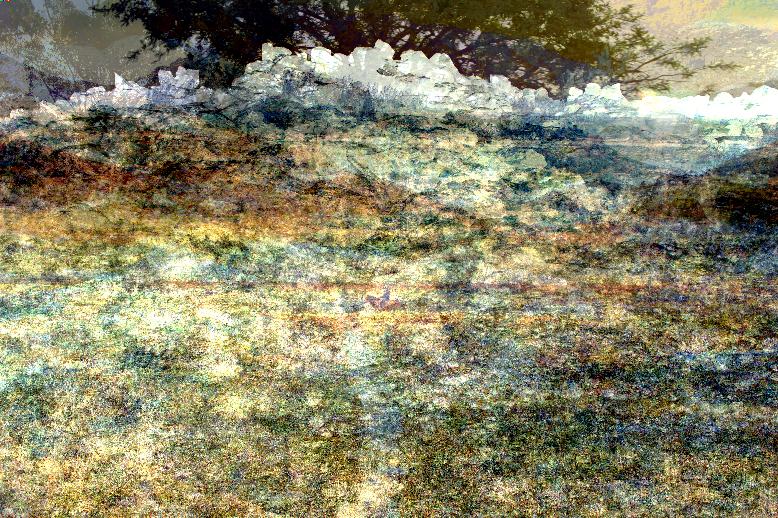 It seems that we also inadvertently discovered a way to automatically generate kitsch watercolours: 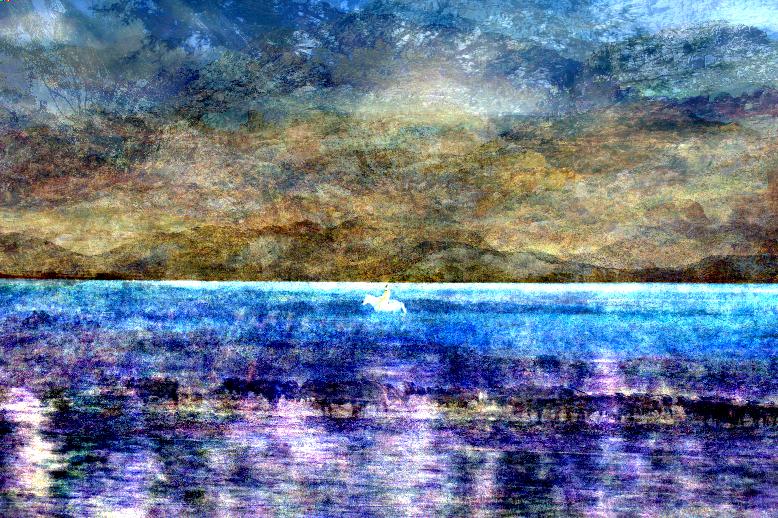 On a slightly larger set (85 images), the most interesting images are found in the first few eigenvectors (corresponding to the largest eigenvalues): 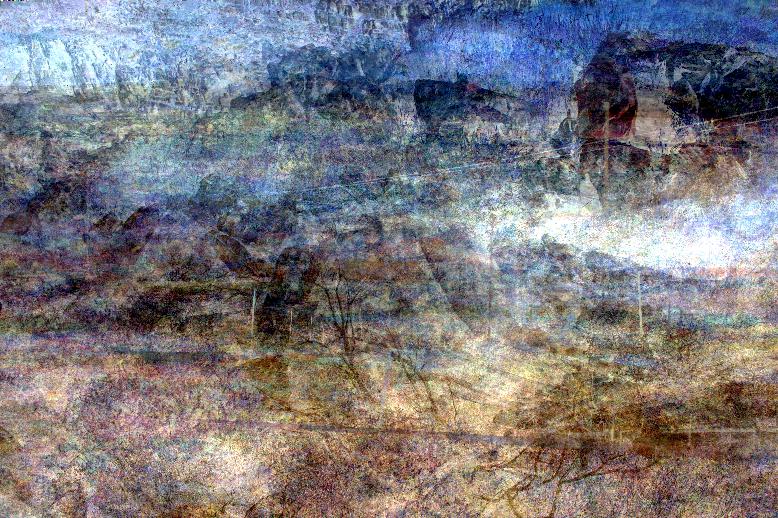 The very last component (in the sets we tried) always has a different visual quality, reminding me a lot of some impressionist paintings. 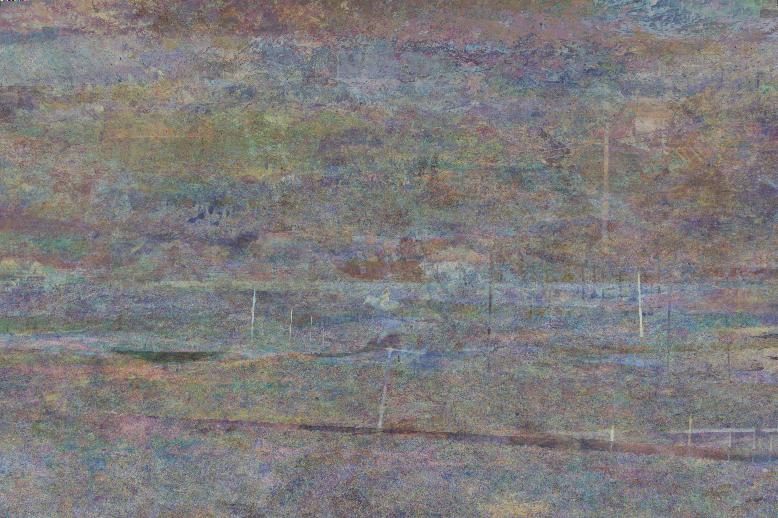 Note the horse silhouette in the center of the image above, and the recurring telephone poles in this set—some of the features are hard to dilute.

There are a few more things we’d want to try, like

At this stage I’d like to think that there is some connection between what happens in the brain and the SVD—that we somehow build up a prototype (archetype?) of images that is similar to how the algorithm decomposes the images. Since the eigenvectors are the directions that the images differ most in, it could also be that these directions are interesting almost by definition.

A quick google search only found this similar investigation—maybe I’m not using the right search terms?

Klara also plans to paint some of the images as part of an ongoing study on something (ask her to explain).